Last week  I renewed my driver’s license and I am now the proud owner of a lovely grownup horizontal Idaho license. Ok maybe that’s not so cool. But I was excited call me weird. In Idaho, the young’uns get tagged with a vertical license. I’m guessing it’s so no one has to strain their eyes to know you’re under 21. I think it’s kind of funny.

Though not incredibly important to me since I don’t tend to  frequent such places, I like my horizontal grown-up license.  bwahaha. The power.

I had my 21st in CHILE. fairly epic location.

My host mom greeted me in the morning with a pair of cute slippers that she had crocheted for me on my birthday :) I was surprised. She really is the sweetest person.

I went to school, gave a presentation, turned in my freshly finished 5 page paper, and then after oh 8ish hours on campus I took the metro to the mall and met up with a group of friends whose differences made the evening fun :) There was Sofie (opinionated from Sweden), Kate M. (adorable liberal from florida), Kate S. (rebellious conservative from Iowa), Sarah (sweet and christian from Ohio), Emily (save the environment from Texas) and yours truly (christian, very conservative, homeschooled from tiny Idaho). You can imagine the types of fun that we had. :)  Those girls are pretty awesome ladies. in case anyone was wondering.

We wandered the mall for a few minutes while I debated where we should eat (apparently on your birthday you MUST choose. No wishwashiness is permitted). I finally decided on my first impulse and we walked to a chinese restaurant near the mall. We beat the dinner crowd. To say the least. It was about 6:45. Chileans tend to eat dinner between 8:30 and 10 PM. We had the restaurant to ourselves. The food was great. Probably more authentic than Chinese food here… I couldn’t find anything labeled “sweet and sour” though it’s possible I missed it since the menu was only in spanish and chinese. ah well. Trying new things is good for you. We accidentally ordered it un-spicy..we’ll just blame it on our gringaness and my tendiness to get flustered with decisions. The waiter seemed to think I was in charge.

After dinner we still had a little time til our movie so we returned to the mall and window shopped for icecream. Ok ok. We got ice cream :) and the kates treated me to a double scoop :) It was delicious. We talked about how clean and dirty/OCD we were…for example, apparently if you sit on your bed (even when your bed is made) with your “street clothes” on, you are a dirty (not clean) person. I failed the test I think. Definitely not a “clean” person.

The hour for the movie rolled around and half the friendses left. Kate M. Sarah and I went to see a movie. Sonja joined us a little later and we had a grand time. The movie was a-mazing. In English it’s called The Concert. But the movie itself is in French and Russian. So we had our Spanish subtitles and went with that. It was pretty awesome. Very good movie. I’m hoping it will come to the US at some point so I can enjoy it with English subtitles and only have to deal with two foreign languages. :)

The way home was exciting. The movie didn’t get out til almost 11 and the metro closes at 10:30. We were left to the bus system or walking. Sarah lived close so she walked. Kate and Sonja and I got on a bus at the direction of a guy who really wanted to practice his english. He seemed knowledgeable and friendly and assured us that this bus would put us right past the metro stop where my house was. So we all got on. Kate made it home, no trouble. The nice guy got off soon after Kate. And Sonja and I were left to our own devices..haha. We stayed on that bus way too long and never went by the promised metro stop.  We spent an hour and a half in buses or waiting for buses at iffy bus stops. 3 buses later, we gave up and hailed a cab. Which is what we should have done in the first place. But it made for an exciting 21st and I was glad that the diverse group of ppl I hang out with had fun as well.

2 thoughts on “oh the age of horizontal driver’s licenses”

It’s mid January and I haven’t made any specific goals for the year. I have some habits I’d like to form and activities I’m looking forward to, but something about this season is asking to be more gently approached then previous Januarys. And I’m fine with slowing it down a bit and holding time in way that’s more thoughtful and intentional for a life bigger than a year. I’ll probably note specifics as i think of them, but for now the slow of winnter is calling me. One goal I’m carrying over from last year is our 50 hikes, which at this point is becoming more of a habit. I’m counting this pretty walk as our first hike of the year. My qualifiers tend to be fresh and dirt underfoot: check, check! How are you approaching (or skippinh!) the new year’s goals this year? How do you plan for a life well-lived? Tell me tell me! :) #fiftyhikesofshirks2020 #unschoolinglife #getoutside #intentionalhabits #wholetogetherfamily
Jumping into some learning, kicking into gear, inspiration, and moving forward with the hope*writer’s 90 Day Direction course. It has been good to get into after a spell of writing rest. I can’t wait to make a plan here soon. Also: the last day to sign up for Hope*Writers for this season is today. There’s a link in my profile with more info. 🧡🧡📚📚🖊🖊📖📖 — #hopewriters #90daydirection #writinglife #writingcommunity #mynextrightthing #faith
Some picture books we’ve loved from the library recently. :) What kids books have you enjoyed recently? — A Couch for Llama by Leah Gilbert. The family’s new couch has an adventure and they come up with an adorable solution.🦙❤️ Toys Meet Snow by Emily Jenkins - so fun to see more illustrations in this series and the way the dry clean only animal navigates the snow is delightful. Surprise! by Caroline Hadilaksono - some forest animals throw a surprise welcome party for some people and the people are not so thrilled, but very surprised. A Surprise for Mrs Tortoise by Paula Merlán - i loved the pictures in this story about friends cheering each other up. The Proper Way to Meet a Hedgehog - a fun collection of easy to read aloud kid-friendly poetry. 🦔 Who Would Like a Christmas Tree - This story follows a christmas tree for a whole year and teaches all about the animals, birds, and people who enjoy it each month. How to Hide a Lion at Christmas - what do you do when your lion follows you to your family reunion? This reminded me of Poonam’s Pet. Such fun. — #picturebooks #readaloudrevival #unschoolinglife #unschoolingmom #raisingreaders #raiseawildchild #littlereaders #llamalove #hedgehogsofinstagram #whatshouldireadnext
Home again, home again. Thank goodness for blue sky days, sleds, and cozy patches of window sunshine.
Afternoon amusements on vacation: whipping up an animal from yarn I brought and a dollar store pillow because the four year old tragically needed more than one stuffed animal to play, Miracles and Other Reasonable Things by @sarahbessey (so so good), some sunshine, and just a few puzzles pieces.
Beaches in winter can be a bit temperamental, but it is a nice switch from normal gray where we live. We had a touch of sunshine and a dry moment! So glad to have a break from the everyday to take a breath after the christmas season. Spring is just around the corner now! :) Anyone else feel like this in January? #momlife #vacationtime #iwentlookingforbeauty #wintersand #beachlife #raiseawildchild #unschoolinglife
And that’s fifty :) Having my aunt and Israel along for the last hike made it feel a tiny bit more celebratory. :) The kids were happiest about the hot chocolate and visiting afterwards. — Happy last day of 2019! #fiftyhikesofshirks2019 50/50 #shirkshike
Hike 49 in the books. We’re finally getting better from our christmas germs. The kids protested, but I think the fresh air did us good. One more hike to go! #hikingwithkids #minihike #boisefoothills #fiftyhikesofshirks2019 49/50
“I'm but a stranger here, Heav'n is my home; Earth is a desert drear, Heav'n is my home. Danger and sorrow stand Round me on every hand; Heav'n is my fatherland, Heav'n is my home. - What though the tempest rage, Heav'n is my home; Short is my pilgrimage, Heav'n is my home; And time's wild wintry blast Soon shall be overpast; I shall reach home at last, Heav'n is my home. - There at my Savior's side Heav'n is my home; I shall be glorified, Heav'n is my home; There are the good and blest, Those I love most and best; And there I, too, shall rest, Heav'n is my home. - Therefore I murmur not, Heav'n is my home; Whate'er my earthly lot, Heav'n is my home; And I shall surely stand There at my Lord's right hand. Heav'n is my fatherland, Heav'n is my home.” — Hymn #660, The Lutheran Hymnal Text: Hebrews 4:9 Author: Thomas R. Taylor, 1836. Composer: Arthur S. Sullivan, 1872 — One of my favorite songs since I was little. 💔 — 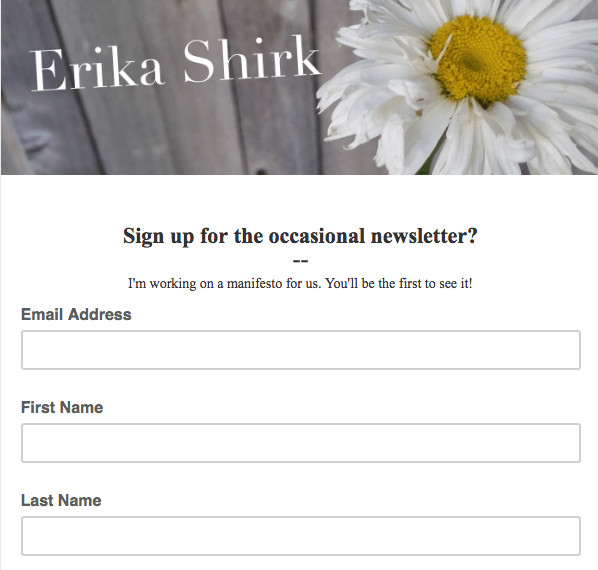 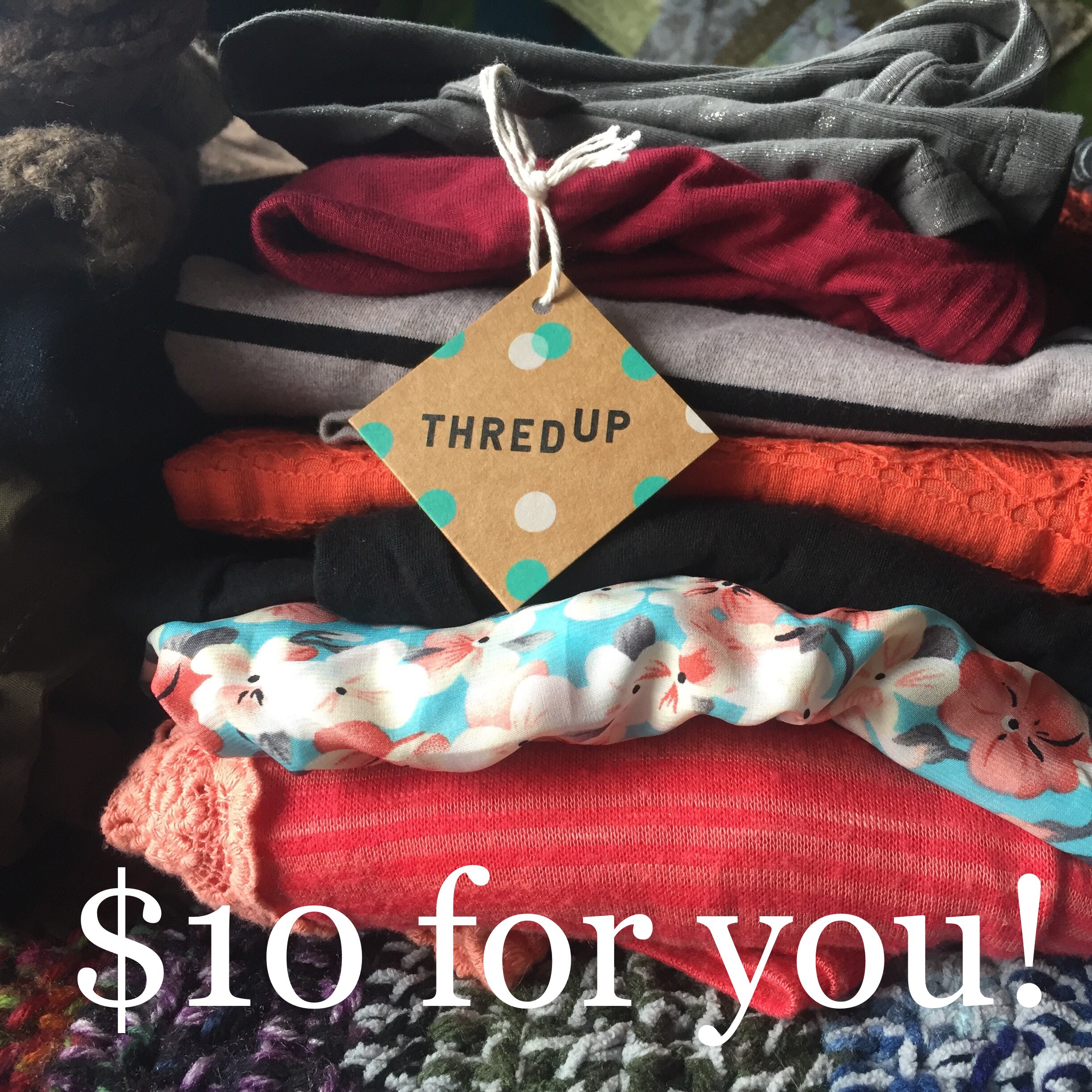