(Heather speaks a language and knows a way that sings softly alongside my own inner experience – echoing grace, freedom, and calm into the worn and tired places. I am so happy to be able to share her words with you all today! Enjoy and be blessed!) 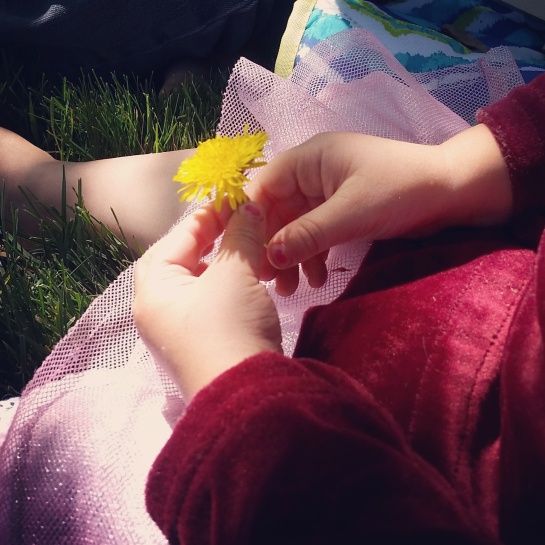 When my oldest daughter was a toddler, her favorite thing to do after lights-out was to stroke my arm. I have a variety of moles; she’d rub them like little worry beads.

In my head, I felt honored by her touches. They were (mostly) gentle, and meant that my very body was a comfort object. How could I be anything other than charmed by the soft caresses of my daughter’s chubby fingers?

IT DROVE ME ABSOLUTELY INSANE.

I’m ticklish. Not in a ‘funny-ha-ha’ kind of way, but in a ‘panicking-get-away-from-me” way. It’s worse when I’m constantly surrounded by people. Funnily enough, my own children count. Factor sleep deprivation and the endless nighttime routine of my very alert toddler, and you have a recipe for a giant monster of ugly resentment.

Some of my most shameful mothering moments were in those quiet bedtimes: me finally snapping and being, well, not gentle at all.

She longed for my body to comfort her. I offered exactly the opposite.

And the hardest lesson in her early life was learning boundaries.

I longed to be gentle. I wished myself beneficent and patient and kind. I saw my friends mother their kids in generous ways. There in the dark every night, my moles and my nerves plucked like an out-of-tune violin, I felt incredibly ashamed of my limits. I wanted to erase them. To love things I hated, to respond how my brain thought I should rather than how I actually did.

So I’d try harder to keep still, to ignore my annoyance, anxiety and irritation, until some nights, I just couldn’t take it anymore.

In my desire to be more gentle and giving than I actually was, I actively did harm. My desire for gentleness turned into its opposite.

Looking back, I ran roughshod over my own boundaries as a mother. I longed to be more touchy-feely, but I’m NOT. I’m an imperfect mother with her own limits, and I did not communicate them gently to my daughter. Instead I tried to have it both ways: be the kind of mother I fantasized about being, AND also a mother that didn’t resent her child.

I had to choose between my fantasy and actual gentleness.

Sometimes, those noes did not feel gentle. It gutted me to set aside the attachment parenting principles I adore when it came to sleep. I didn’t go Babywise on my kids, but there was more crying involved than I preferred.

But when my youngest was nearly a year old, we sat in the armchair where I usually nursed her at night; I looked out the window at the setting sun. She was stroking my arm, and my moles, much like my eldest had once done.

And I realized I felt altogether different. I did not feel faux gentleness and real resentment. I felt peaceful. I sensed that my life and my motherhood were beautiful.

I also felt realistic: I had about three more minutes of tolerance left for touching, but I would stop her when I reached that point.

I felt awe that though her first year of life had not been much easier than my eldest daughter’s, I felt entirely different about it.

That wholeness despite the taxing demands of two children was so much more valuable than the stolen ‘gentleness’ I’d tried for before.

What I learned about gentleness from my kids was that gentleness should work for everyone. It’s no good being “gentle” with my kids and awful to myself. The awfulness will out. It oozes out with resentment; it explodes with impatience.

Gentleness is a cloth with no tear, no cut, no hole, no seam. It does not require destroying one person to build up another. It nurtures and builds everyone, because it is honest about its limits. It is not endless, but it is warm. It grows with practice and trust, not by magic.

And it sprouts best in people that know themselves, and respect the real needs in their hearts. 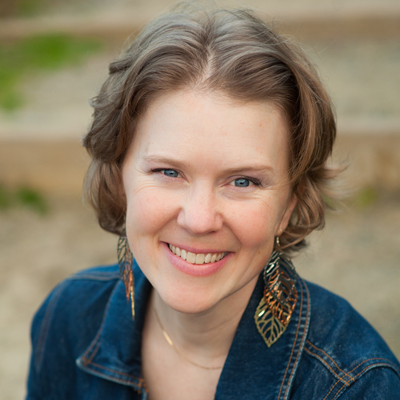 Heather Caliri is a writer from San Diego who knows first-hand how tiny, brave yeses can transform lives. She’s scared of (among other things) bees, heights, and the children’s movie Gremlins—but slowly found out she’s more courageous than she thought. Get her short e-book, “How To Become Braver,” for free here.

Write on the word “Gentle” and link up with us below! The linkup will be live until August 2nd.

Or to our #wholemama Facebook group to get on the insider’s loop. :)

Our next linkup is on July 26th for a wholemama roundup. Our next prompted linkup will be on August 2nd with the word ‘love’.

2 thoughts on “On Being Gentle {Heather Caliri for #wholemama}”